Comedy and Laughter Inspire Me... 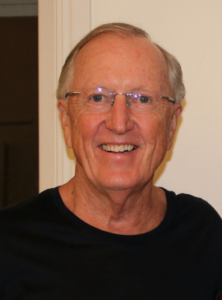 I was born in South Africa at a very young age. After four years in England, my  wife, Merope and I settled in Sydney in 1981. I was involved in executive recruitment for 27 years in Johannesburg, London and Sydney. I founded Maxim Executive Search in 1982 and sold the company in 2003. I moved to Queensland and completed a Bachelor of Arts degree at Griffith University in 2007, majoring in writing. The book – The Humphrey Hatt Letters – was published in 1998 and re-printed in 2010. I have written two children’s books, Snowybright and the Eight Dwarfs (2010) and Ralph, Buster and the World’s First Dogathlon (2012). Two further books – The Curious Letters of Mervyn Mudal (2015) and Fifty Funnies from Mervyn Mudal (2017). My latest book is Addictive Nine-Letter Word Puzzles.  I have been considered for neither the Children’s Laureate Award nor the Booker Prize, but I did win the Under 11 Sack Race at my Primary School sports day.